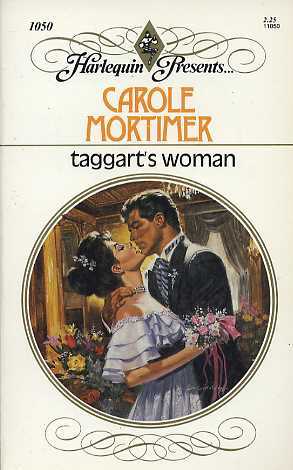 Taggart's Woman by Carole Mortimer
My rating: 3.5 of 5 stars

I don't think I was really in the mood for this when I read it. Sometimes I think I'm in the mood for old school HP and maybe I want something more modern and vice versa. Sometimes you want the best of both worlds. Maybe I wanted that when I read it. What I did like was that it's not toe-tipping on some issues and it was surprisingly frank in the fact that Heather's aunt-in-law was cheating on her husband and everyone knew it but the uncle. And his reaction towards the end when there is a huge potential tragedy. Oh, wow!

I felt like Daniel was mean to Heather and you don't understand why. When you find out, it's kind of like, a weird, out of nowhere explanation. Heather's father was pretty awful. People like that shouldn't be parents. He made a choice to be in Heather's mother's life and to be a father to Heather. But he treated her like crap because she wasn't the son he wanted. What kind of man does that? Heather deserved better, and I kind of hate that her marriage had a similar tone of not being able to make her husband happy either, and his unwillingness to tell her what his deal was with her. I'm at a crossroads right now in my rating. I would have rated it highly if I wasn't as dissatisfied with Daniel's meanness towards Heather. Let's face it. A mean hero is par for the course with vintage HPs, but I have to be in the mood for it. I think I'll give this 3.5/5.0 stars. It's good and has quite a bit to offer, but in the end, it wasn't completely satisfying in all ways.